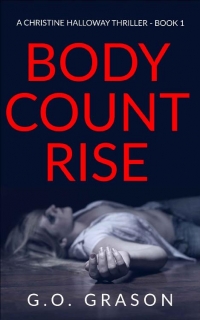 New York, the city that never sleeps!
For some like NYPD Detective Christine Halloway she wishes that it would as she investigates the worst serial killings since the Joel Rifkin murders of the ’80s.
Halloway is smart, beautiful, tough as nails and who can best be described as 90% girl next door and 10% truck driver.

As the body count continues to rise, she is determined to put an end to the murders even after she is removed from the case.
With no suspects, no solid leads, and everyone that talks becomes a victim, the brazen killer seems unstoppable.