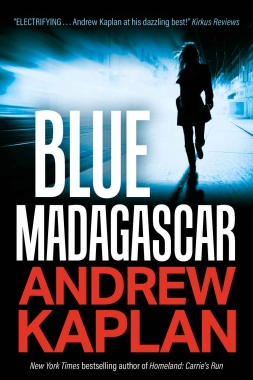 A death on the French Riviera. A secret men will kill for. And a terrible danger only one woman can stop. A candidate for U.S. President, ahead in the polls and about to win the election, suddenly commits suicide. No one knows why. A mysterious woman the media has dubbed “the Invisible Woman” may hold the key.

During a botched jewel heist on the French Riviera, an American bystander is killed. This death triggers a worldwide hunt by intelligence agencies for something the dead American left behind – a secret so explosive they will let nothing get in their way.

U.S. Homeland Security Special Agent Casey Ramirez is a young woman with a troubled past. On the trail of a human trafficking ring, she uncovers a clue involving the dead American in France. The discovery catapults her into a deadly cat-and-mouse chase across Europe to find the dead man’s secret before it’s too late.

A secret that threatens the foundations of the American government.