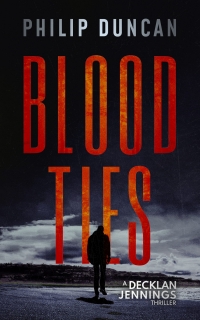 Their one mistake… Letting him live.

Angry and seeking revenge—and frustrated with the local police department’s lack of cooperation and progress in solving the crime—Decklan takes matters into his own hands. He gains an unexpected ally when a former Navy SEAL shows up on his doorstep with his own ax to grind and a suspicion that he and Decklan are pursuing the same culprit.

In a sweeping adventure that moves from Hilton Head, South Carolina to Moscow, Russia, Decklan leaves no stone unturned to avenge his family. Will he be able to find the men responsible and make them pay the ultimate price?