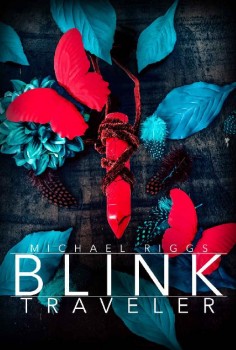 Brody Calix wakes to a whole new existence and the ever present realization that he and the tribe are at war far from home. With the presence of four new arrivals — things begin to look up and the group begins to find normality in the blue forest once more.

Just as the tribe begins to recover they are plunged into the depths of tragedy once again as another of their own is ripped away from them. Trust is shattered when the tribe realizes they don’t know who the attacker was and that it could be any one of them.
Brody finds himself in a whirlwind of conflicting ideas as he struggles to hold on and press forward amidst unimaginable trials. What makes matters worse – the shadow man Arawn torments him at every turn while awake and asleep.

When Brody is tasked with retrieving medicine from a human city on a different planet entirely with an unlikely companion — he is thrust into the universe of Blink Travel once again. Attempting to travel to specific planets on command is no easy task for a new Blink Traveler, and time is running out.
Of the hunted, who will remain in the light? Who will turn to the darkness?