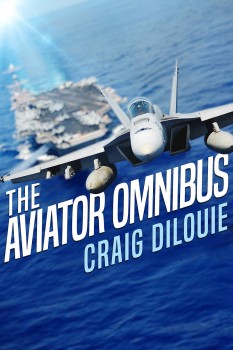 The Aviator Omnibus puts the first two novels of acclaimed military fiction writer Craig DiLouie’s The Aviator series in a single volume for convenience of reading.

In The Aviator, Navy fighter pilot Jack Knapp reports to the aircraft carrier Independence for his first deployment in the Pacific. As a “nugget,” he must learn the ropes and gain acceptance among the tight-knit tribe of the squadron called the Gargoyles. Soon, war erupts, and everything he learned will be tested in high-speed aerial combat in the Philippine Sea and over Taiwan.

In The Warfighter, Jack returns to Independence, which is now bound for war games in South Korea. Once aboard, he must contend with a tough new commander and a failed romance. When a series of mishaps and miscalculations results in the outbreak of war in the Koreas, he finds himself back in combat with even greater stakes involving nuclear weapons.