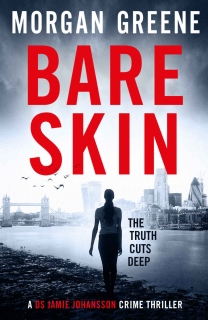 What is the value of a life?
When body of a young homeless boy washes up on the banks of the Lea River, DS Jamie Johansson and her partner Roper are sent to investigate. His hands are bound, his fingernails missing, and all signs point to a heroin debt come calling. An open and shut case.
But Jamie sees something more and isn’t about to let this one go.

They need to find the victim’s girlfriend. She could be the only one able to help them. The only one who knows the real truth. But someone else is hunting her too. And they won’t stop until they’re sure she won’t talk. Even if that means killing again.

Jamie is no rookie, but she’s never headed up a murder case before either. Is she in over her head? Or is she the only detective that can uncover the bloody secret hidden within the city?
The killer is still out there, and he’s already got his sights on his next victim…