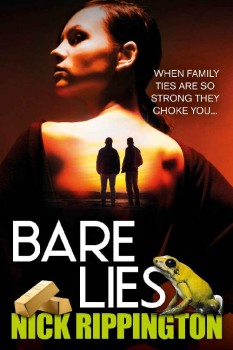 Flashback to the Millennium and In book No. 4 of the Boxer Boys series, enforcer Chuck Dolan and his brother Sly are out to prove there’s a new gang in town.
But when a raid on a drug rival’s nightclub goes tragically wrong, the two Boxer Boys flee to their granddad Billy’s villa on Spain’s Costa Blanca.

Their first impression of Billy is of an old man seeing out his days in the sun, but it’s quickly shattered when he introduces them to his ‘business partners’ – a murderous Colombian cartel boss and a sadistic former Irish paramilitary.

And though things look up for Chuck when ex-girlfriend Abby re-enters his life, Billy’s own relationships quickly turn sour and the prospect of a gang war on the Costas looms large.
As the brothers prepare for trouble, little do they realise there’s an even bigger danger hiding in Billy’s past: one which threatens their future, their loved ones and their very lives.