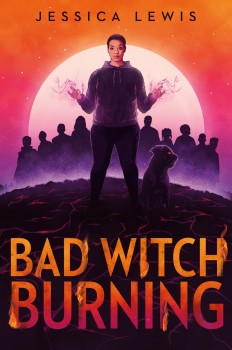 For fans of Us and The Chilling Adventures of Sabrina comes a witchy story full of black girl magic as one girl’s dark ability to summon the dead offers her a chance at a new life, while revealing to her an even darker future.

Katrell doesn’t mind talking to the dead; she just wishes it made more money. Clients pay her to talk to their deceased loved ones, but it isn’t enough to support her unemployed mother and Mom’s deadbeat boyfriend-of-the-week. Things get worse, when a ghost warns her to stop the summonings or she’ll “burn everything down.” Katrell is willing to call them on their bluff, though. She has no choice. What do ghosts know about eating peanut butter for dinner?

However, when her next summoning accidentally raises someone from the dead, Katrell realizes that a live body is worth a lot more than a dead apparition. And, warning or not, she has no intention of letting this lucrative new business go.

But magic doesn’t come for free, and soon dark forces are closing in on Katrell. The further she goes, the more she risks the lives of not only herself, but those she loves. Katrell faces a choice: resign herself to poverty, or confront the darkness before it’s too late.