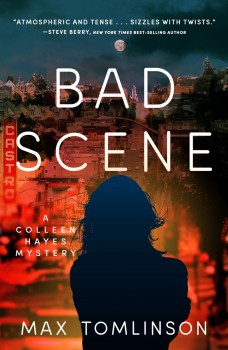 When PI and ex-con, Colleen Hayes, learns that a local neo-Nazi group are talking about shooting the mayor, she thinks it’s just another rumor—until her source, a humble street newspaper vendor, winds up in SF General, beaten to a pulp.
To add to her grief, she discovers that her runaway daughter, Pamela, might have joined a shadowy religious group, building a church in South America near a volcano that is about to erupt. Death is the path to perfection according to the charismatic young preacher—and the date is fast approaching.

Colleen is desperate to find a way to stop her daughter from making the ultimate mistake before she—along with hundreds of others—lose their lives.