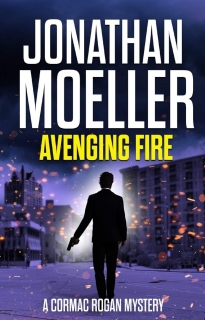 An ex-private investigator. A deadly murder plot. Former private investigator Mac Rogan’s got problems. He’s twenty thousand dollars in debt, his mother’s in prison for murder, his brother’s recovering from war injuries, and his roommates can’t make a decent cup of coffee.

But Mac’s got a job interview coming up, one that might turn things around for him.Except someone shot the interviewer to death.And the police think Mac did it.And a powerful Senator wants to pin the murder on Mac.And some pyromaniacal terrorists have taken a sudden warm interest in him.Mac swore that his days as a private investigator were over. But he’s going to need all his wits and savvy to come out of this with his freedom, his finances – and even his life – still intact.Because it turns out there are a lot of people who want to share their pain with him….