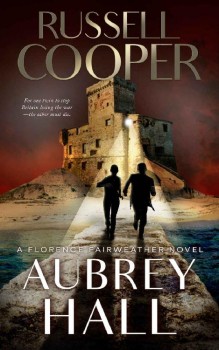 The one man who can save Britain from extinction is held a prisoner of war in Colditz Castle.
In the summer of 1940, the war is on a knife-edge, and in a world away, a small island has been ravaged with a chemically enhanced strain of the plague: the Black Death. A young boy’s body proves to be the only evidence of this unspeakable Nazi experiment.

Archibald Hamilton-Spraggs, Britain’s leading virologist, has been taken prisoner in Germany. Florence and her team face impossible odds to break him out and return him to his lab to create an antidote.
Dr Ballack, the Nazi creator of the new strain of the plague has compiled a list of twenty-one names: his Mortifera list, his bearers of death. Dr Ballack’s twenty-one Mortifera who are be martyred for England’s total annihilation, are preparing to sneak into London.

Florence’s team is on the point of disbandment following two failed missions, and now face their biggest test for survival. Only intricate planning and feats of bravery and sacrifice can save Britain from extinction.