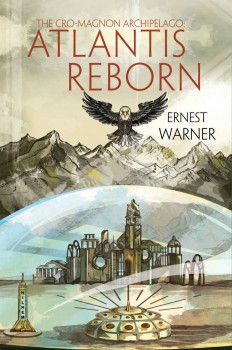 Atlantis was a legendary city first mentioned by Plato. It was the imperial capital of a mighty naval empire which had conquered much of western Europe. However, through a sudden twist of fate, the entire metropolis was swallowed by the vast Atlantic Ocean over the course of a single day and night, leaving no survivors.

Throughout history, many explorers have searched for the lost city, hoping to discover the remnants of a utopian dream, but alas it remained hidden within the mists of time. Did it ever really exist and if so, was it utterly destroyed by a global disaster unleashed by nature’s awesome fury?

Now just suppose that Atlantis was reborn from the ashes like the fabulous phoenix, and that the descendants of the original Atlantean survivors rebuilt their civilization under the leadership of a tyrannical psychopath seeking global conquest and revenge. Through his insatiable greed and delusions of wealth and power, countless lives will be ruined or lost.

The only thing standing between him and global genocide is a band of gifted Atlanteans led by Jason 57. This team of Argonauts will pit their incredible gifts and wits against an insatiable demon and his vast hordes in an effort to rebalance the scales of power and reunite a fractured global society.