Ask No Questions by Claire Allan 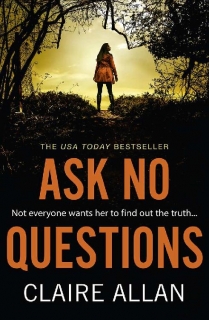 The new crime thriller from the bestselling author of Her Name Was Rose.

Twenty-five years ago, on Halloween night, eight-year-old Kelly Doherty went missing while out trick or treating with friends.
Her body was found three days later, floating face down, on the banks of the Creggan Reservoir by two of her young classmates.
It was a crime that rocked Derry to the core.
Journalist Ingrid Devlin is investigating – but someone doesn’t want her to know the truth.
As she digs further, Ingrid starts to realise that the Doherty family are not as they seem.
But will she expose what really happened that night before it’s too late?