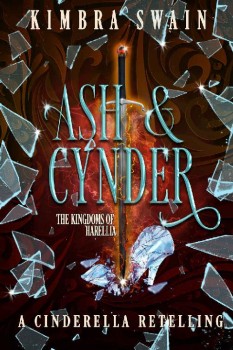 The Kingdom of Cyndercillfs is ruled by a tyrant king. Each year trials are held to appease the volcanic god on the mountain. Warrior women step into the arena for the chance to change their lives and win a pair of diamond slippers. A young woman, running from her hateful stepmother, steps into that arena. However, she didn’t know the dangers that she would face in the trials.

Ashtyn Greyson, daughter of a dead lord, discovers that her opponents are deadly and trained. But none of them are more frightening than King Philam. However, she finds support in the First Knight of the King, the Prince of the Kingdom, and a respected and wealthy Lord.
She might survive the trials, but can she survive the king? And will the god, Cynder, approve of her?