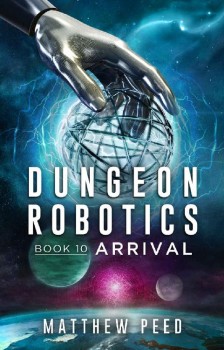 With the Wild dungeons finally dealt with, Regan can now turn his mind to the other looming threats that imperil the very existence of the planet that he now calls home. While his influence grows ever more encompassing, he begins to wonder if it might be too much. Should any one being be allowed to possess such power? Even as the world opens around him, he fears that the planet might not survive a clash of such a level. He must do everything he can to protect the planet and the ones he loves.

On her way to be the most influential person on the continent, Queen Louella must prevent genocide from breaking out between the followers of Lelune and Regan. Sadly, it looks like the powers behind the Church have no desire for peace. When that power wants to be a goddess in the truest meaning of the word, she isn’t about to listen to a mortal. Can Louella prevent the loss of life on the scale that would frighten even the most battle-hardened soldier?