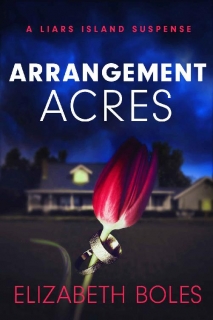 A woman is dead—but who is it?
To outward appearances, Trish Thompson has everything—handsome husband, expensive clothes, jewelry—a perfect life on Liar’s Island.
Julianna is new to the island—new and lonely. So when Trish befriends her, Julianna is relieved to finally have a distraction from her boring life.

The women become fast friends, sharing secrets, going shopping, and even barbecuing. But it turns out that these friends share more than just secrets.
And now, one of them has been killed.

As this story of betrayal and secrets unravels, one woman will claim the death of her friend was an accident. But was it?
Had she planned to kill all along? Had the secrets between Julianna and Trish soured, pushing one of them to murder? And now, will an innocent woman spend her life behind bars, or is she a liar, a true murderess who was bent from the beginning on destroying her best friend?