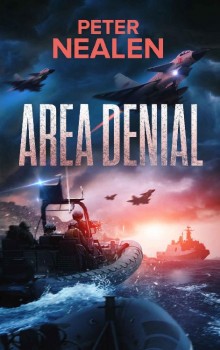 There’s a Shadow War going on…
…And now the Triarii know it
Now it’s time for the next move
Hank and his section took a beating in West Texas, but they accomplished their mission and secured a strategic asset against a daring attempt to seize it. And in the process, they found out who’s really behind the war.

Now it’s time to strike back.
The government doesn’t want to admit Chinese involvement, despite what the Triarii and the Texas Rangers uncovered. So, once again, the Triarii must act on their own.
Destination: The South China Sea
Mission: Take the war to the People’s Republic of China
But will that be more easily said than done?