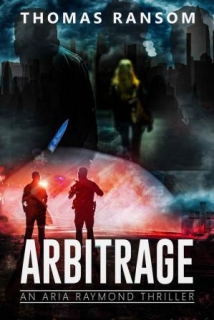 Aria Raymond needs a high-profile client to impress the board and be considered for that big promotion. When a young entrepreneur (who had recently launched a new business and became an overnight success) set up a meeting with her soon-to-be-retiring boss, Aria knows this is her chance. After wowing everyone with her pitch, she bags the client. Her life is finally on track, or so she thinks.
At the retirement party of her boss Luis Coons, there is already a rumor going around that Aria will be taking his place temporarily. A member of the board hints that if she does an impressive job, the position might be hers. Buzzed with excitement, she is enjoying the party to the fullest. That is, until she stumbles upon Coons’ body!
Rattled by the gruesome death of her former boss, Aria is trying hard to both fit into his position and tackle the demons haunting her since that day. But her worries aren’t over. Soon, everything starts falling apart. She becomes the prime suspect for Coons’ murder! The more she tries to prove her innocence, the more she appears guilty. Even the people close to her are starting to suspect her.

When another homicide is linked to Coons’ murder, it looks like Aria is about to lose her freedom. Unless she can figure out a connection between the two murders, there is no hope for her. She must find someone who still has faith in her.
Is there anyone who still believes she is innocent? Will Aria be able to save herself?