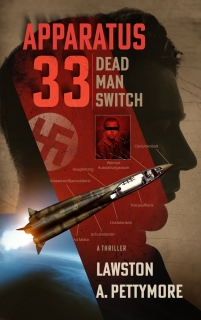 German scientists operating out of a vast underground bunker in Poland are desperate to hide the secret of Apparatus 33, the use of surgically modified children, deemed ‘undesirable’ by the Reich, trained to navigate rockets capable of reaching America or beyond with warheads of radioactive poisons.

Before the bunker falls to the Soviets, a single rocket is launched, successfully placing its warhead in an orbit safely out of reach of the Allies where it will remain only as long as the German scientist controlling it remains alive and free, and hidden from the surviving children, now fully grown and seeking revenge.