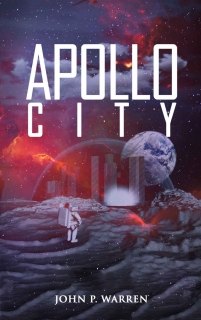 A lunar habitat ruled by rich elite. A freedom fighter sick of tyranny. And a plot to destroy society’s key AI infrastructure. Meet Jim Callaghan; a self-proclaimed freedom fighter. He’s a dilettante in quantum mechanics and begins to experience bursts of scientific knowledge from the future that he hasn’t even learned yet. So when he sends an ally – a young woman called Sophie Ramirez – whom he has fallen in love with—to destroy the AI infrastructure, he never dreams of the consequence; her death. Guilt ridden over causing Sophie’s demise, Jim with the help of his friend, Richard, an inventor who can turn Jim’s theories into technological realities attempts to travel back in time to prevent her death.

He fails. But instead discovers a portal that allows him to traverse parallel realities. Moving between parallel universes creates imbalance at a subatomic level. A new virus is born. A virus with the power to destroy the multiverse. Can Jim find a cure before the inevitable melding of all living matter? Can he also sort out his own corner of the universe whilst forgiving Sophie for his perception of personal betrayal by her especially when he is confronted and forced to work with her alternate double? Will he and the original Sophie ever be reunited?