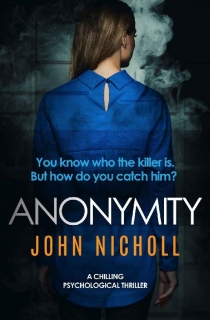 When Mia, a successful novelist, is targeted by a stalker, her life begins to unravel.
Unaware that the predatory psychopath has placed cameras in her home, the stalker sends untraceable emails, including photos of her and her four-year-old daughter, demanding Mia performs outlandish tasks, threatening dire consequences if she refuses or approaches the police.

As the pressure builds, Adam, Mia’s sister’s boyfriend, offers to accompany her to stay in Italy with her parents. But when the villa is burnt down, Mia fears the stalker has followed her and decides to return to Wales.

Meanwhile, the police are investigating the murder of three women in the area, and when DI Gravel’s daughter is threatened, he takes matters into his own hands.
With his health failing and his career coming to an end, just how far will Gravel go to protect his daughter and catch a vicious killer?