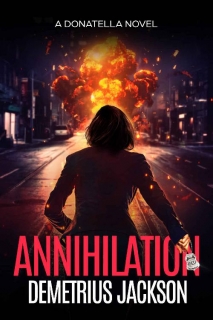 When two rivals enter a deadly maze, only one woman can survive.

Donatella Dabria’s search never stops. Though it’s been years since she was orphaned into her aunt’s care, the FBI special agent won’t rest until she’s nailed the fiend responsible. And her time may have finally come when her brutal nemesis starts putting affairs in order for one final faceoff.

Thrust into an intricate puzzle of her cunning enemy’s design, Donatella struggles to stay in the game from two steps behind. And with a powder keg of secrets and a mysterious organization looming in the shadows, finding an exit may turn out to be a shortcut to her own doom.
Will Donatella’s fateful standoff backfire in an explosive battle of wits?