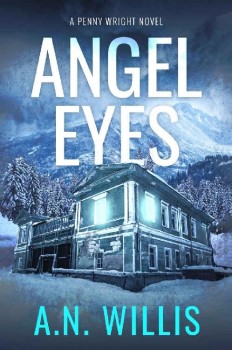 These walls conceal a terrifying secret.
Everyone in Ashton, Colorado, knows that January House is haunted. Tucked away on an isolated hillside, it’s been the site of grisly murders and unsolved disappearances. An artists’ commune took up residence there in the 1970s, creating a controversy that still divides the town. Now, a reclusive painter has died in the crumbling house. The police say it’s natural causes. But they don’t know why she fired a gun before she collapsed. Or why she called Bryce Wright, a man she hardly knew, and left a voicemail filled with her screams.

Bryce convinces his sister, Penny Wright, to investigate. Penny has seen ghosts all her life. But the walls of January House conceal a horrifying, decades-old secret. Its dead are growing restless. Penny must go to lengths she’s never imagined to solve January House’s mysteries.
And this time, it’s the living who could pose the greatest threat.