An Expedient Death by John Kimbrey 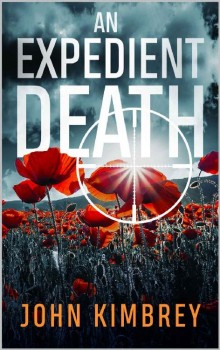 In An Expedient Death Edwina heads to the general’s home in the north of England where, in disguise, she gains entry to his household. However, there she finds that one of the general’s guards is a soldier she had worked alongside as a sniper in France and she is forced to bring forward her plan for retribution before she is discovered. She takes her chance, and then makes her escape.

British agents pursue her to York and then across the country, in a daring government plot to prevent the truth from coming out. As the trail leads them to London, Edwina’s heroism and extraordinary cunning are tested to the full.