Am I Being Followed? by G. M. Hutchison 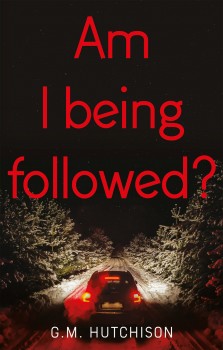 He has recently given up his pleasant, secure and quite well-paid job, and is struggling to survive in an oppressive new set of circumstances.

Utterly downcast, he is beginning to think that there is some truth in what certain people say, that a person who doesn’t believe in God is inclined to change their mind when they get into serious difficulties from which there seems to be no way out.
But it isn’t as simple as this, he realises. Would he be paying so much attention to Linda’s religious beliefs if she had been a ‘plain Jane’ he wonders, or if her father had been a little less imposing?

One thing is certain, however. He is in a very dangerous situation and there seems to be no way out.