All Our Darkest Secrets by Martyn Ford 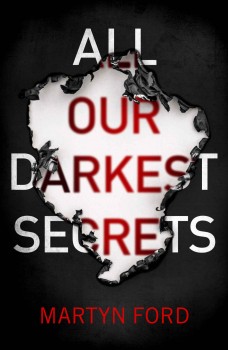 He’d do anything to protect his wife. But what if that meant making the biggest mistake of all?

James Casper is one of the good guys. A DEA agent. A loyal husband. With his sights set on the man at the top of the city’s opioid crisis, James is about to make the biggest bust of his career.
Then his beloved wife Rosie does something terrible, and James must choose: report it—or help her. He knows how this works, and he tells himself he’s smart enough to get away with murder. But James’s worst enemy knows what they have done—and he won’t hesitate to use it to manipulate him.
James is dragged into a dark and dangerous world. As events spiral and loyalties are tested, he realizes there’s only one way out. And that is to be even more ruthless than the people he’s working for.

Whatever happens, no matter how far he falls, at least he’ll still have Rosie. Won’t he?