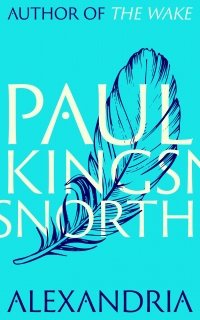 Winner of the Gordon Burn Prize 2014 and The Bookseller Industry Book of the Year Award 2015. Longlisted for the Man Booker Prize, the Desmond Elliott Prize and the Folio Prize and shortlisted for the Goldsmiths Prize.
A post-apocalyptic novel set a thousand years ago, The Wake tells the story of Buccmaster of Holland, a free farmer of Lincolnshire, owner of three oxgangs, a man clinging to the Old Gods as the world changes drastically around him. After losing his sons at the Battle of Hastings and his wife and home to the invading Normans, Buccmaster begins to gather together a band of ‘grene men’, who take up arms to resist their brutal invaders.
Written in a ‘shadow tongue’ – a version of Old English updated so as to be understandable for the modern reader – The Wake is a landmark in historical fiction and looks set to become a modern classic.