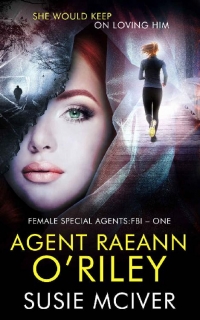 Raeann O’Riley thought her dreams had come true when she met her soulmate, Nick Bannon. But her fantasy is shattered after a jealous rival for his affection drugs and seduces him, and worse, becomes pregnant. Feeling betrayed and heartbroken, Raeann slams the door on her heart and throws away the key, dedicating herself to her career as a criminal profiler for the FBI.

Seven years later, when a missing person’s case crosses her desk, Raeann must reopen the wounds that destroyed her life so that she may save the life of a child – and not just any child, but Max, Nick’s only son.
But there are worse terrors than a broken heart, and when Raeann’s mission becomes a battle for survival, she finds herself up against an enemy so evil and cunning that her own will to survive might not be enough to save her.