Against the Grain by Melanie Harding-Shaw 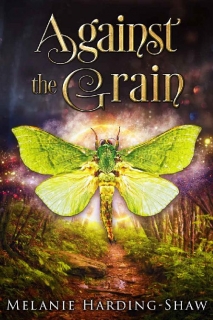 It’s bad enough when your own body tries to attack you, but when dark powers want to as well, running is the only option. Until you can’t.

After another casual fling goes horribly wrong, coeliac witch Trinity moves down New Zealand to start over, yet again, in the bush-clad suburb of Karori. On the surface, it seems like the perfect place: from the local bistro below her flat with its gluten-free baking (and its handsome owner) to the mountain bike trails she can escape to.

But her fresh start takes a dark turn when she discovers something is trapping her familiar, Saifa, in the suburb. He might take the shape of a pūriri moth as a passive-aggressive joke, but whatever power can hold the ancient demon captive is no laughing matter. If Trinity can’t find and break the anchors of his invisible cage, she could lose everything—her power, her freedom, and her only friend in the world.