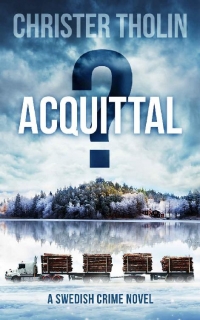 Umeå, Northern Sweden: Willmar Björkman has been incarcerated for five years after being found guilty on a murder charge; albeit unjustly convicted according to his claims. From the very start, he has adamantly maintained that he is innocent of the crime. Detectives Lars and Elin are hired to find new evidence that casts doubt upon the validity of the guilty verdict so that a retrial of his case can be requested.

Is that even possible now that so much time has passed? The two detectives start asking around to dig up some new information, but find themselves facing a wall of silence – nobody seems interested in reopening the case. In fact, they themselves are uncertain if Willmar is even innocent at all. But then the coincidences begin to pile up and ultimately the investigation spins completely out of control…