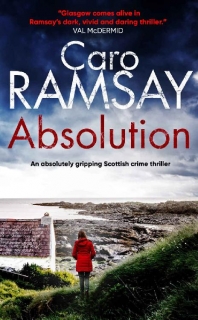 A serial killer is stalking Glasgow.
A woman is found dead in her own home. No sign of forced entry. But she is posed as though on the cross. Ripped open and bled to death. With a blistering of chloroform round her mouth and nose.
She’s not the first victim found like this.