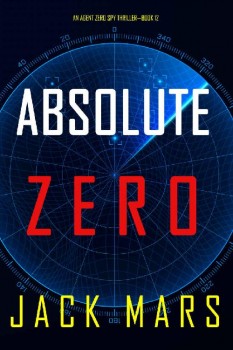 In the shocking series finale, Agent Zero learns of a powerful thermonuclear bomb which, set off in the right place, could kill tens of millions. In a breathtaking twist, he learns of something else that will make it even more deadly. The fate of the world is literally at stake as Agent Zero finds himself in a mad race against time, the only person on the planet with a capacity to find the weapon.

Yet, while Zero races to find the location, he is up against other formidable forces: dozens of assassins are dispatched to kill him. And in the midst of all this, the time has come for Zero to have a final reckoning with his own deteriorating health. Full circle from his original discovery of the memory chip, Agent Zero is given one last chance to save the planet—if only he can keep from destroying himself—and everything in his path—in his wake.

ABSOLUTE ZERO (Book #12) is an un-putdownable espionage thriller that will keep you turning pages late into the night, and the satisfying and stunning climax to a masterful 12-book espionage action series.