A Trio of Worlds by James Norwood 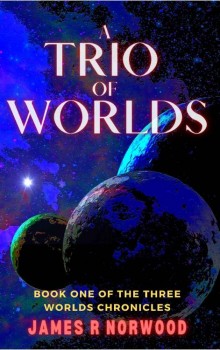 Three worlds fight for their very survival against an ancient alien menace!

A thousand years in the past an alien menace known as the D’lai was born. Centuries have passed and their hatred has grown. Now, three peaceful planets are forced to fight for their very survival against all odds.

As alliances crumble and character is tested, now floating in space after accidentally being cut off from his ship, Major Cormac Gallagher must race against time to save not only his home planet Earth, but other worlds fate rests in his hands.