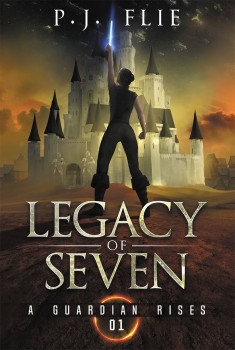 A world filled with magic, wizards and, enchanted beings—or the ashes of a highly advanced civilization?
The truth is much more complicated.

Zairoc, a dark wizard
Sir Francis, a benevolent wizard
Trick Mark, captain of the guard
and the construction robot CD-45.

Their destinies will collide at the city of Bastion. But concealed from everyone, a young woman holds the key to each of their fates.
Ondreeal has lived her whole life on the farm with her callous adoptive father. She longs to see the world and witness for herself the magical wonders that fill it—and she’ll soon get her wish, thrust into an adventure that carries her to heights she never dreamed possible, and to the depths of despair and loneliness. Ondreeal can never become the hero the world wants her to be.
But will she become the hero it needs?