A Familiar Sight by Brianna Labuskes 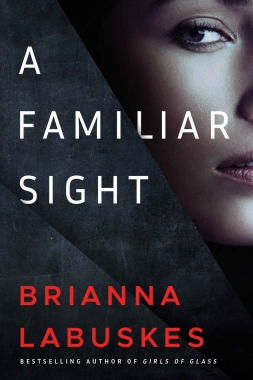 A shocking murder carries echoes of the past for a psychologist in a startling novel of suspense by a Washington Post and Amazon Charts bestselling author.

Psychologist and criminologist Dr. Gretchen White is a specialist in antisocial personality disorders and violent crimes. She’s helped solve enough prominent cases for detective Patrick Shaughnessy that her own history is often overlooked: Gretchen is an admitted sociopath once suspected of killing her aunt. Shaughnessy still thinks Gretchen got away with murder. It’s not going to happen again.

When a high-profile new case lands on Shaughnessy’s desk, it seems open and shut. Remorseless teenager Viola Kent is accused of killing her mother. Amid stories of childhood horrors and Viola’s cruel manipulations, the bad seed has already been found guilty by a rapt public. But Gretchen might be seeing something in Viola no one else does: herself.

If Viola is a scapegoat, then who really did it? And what are they hiding? To find the truth, Gretchen must enter a void that is not only dark and cold-blooded, but also frighteningly familiar.