A Clattering of Jackdaws by European P. Douglas 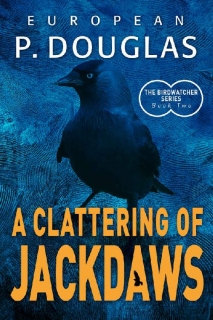 Two sets of unrelated murders in Virginia begin to become entwined as Spalding’s web begins to be unraveled. Sarah is working both cases but can’t let the link be known for fear of being taken off them and losing her chance to catch the man who killed her mother.

Tyler’s involvement in the case become more personal than he imagined possible. Will he be able to escape the plans of the vile murderer who is using him a plaything?